Day Two of Jesus and Brian

I continue this coverage of the Life of Brian and the Historical Jesus conference with the second-day post by Mark Goodacre.

Mark Goodacre is the author of several books, including The Case Against Q, and Thomas and the Gospels. 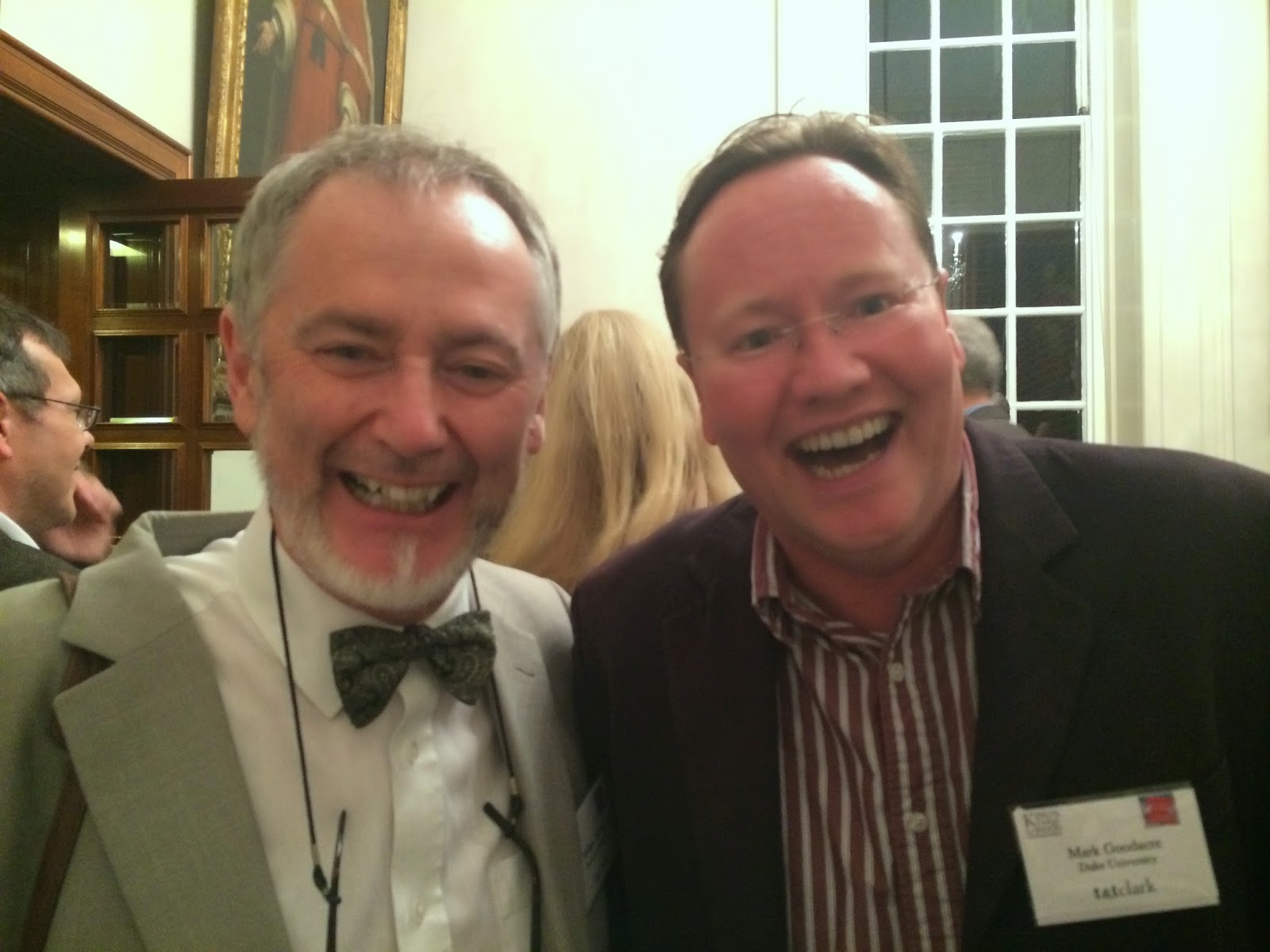 After a wonderful first day, the Jesus and Brian conference began again on Saturday morning with a paper from one of the real gurus of Jesus films, William Telford. He had a superb series of reflections on the ways in which the Life of Brian parodies the Jesus films, and his paper was superbly performed.  He does not just read his paper, in the manner all too common in the guild, but he acts it.  It was compelling stuff.

Just as compelling was the second paper, “Monty Python’s Life of 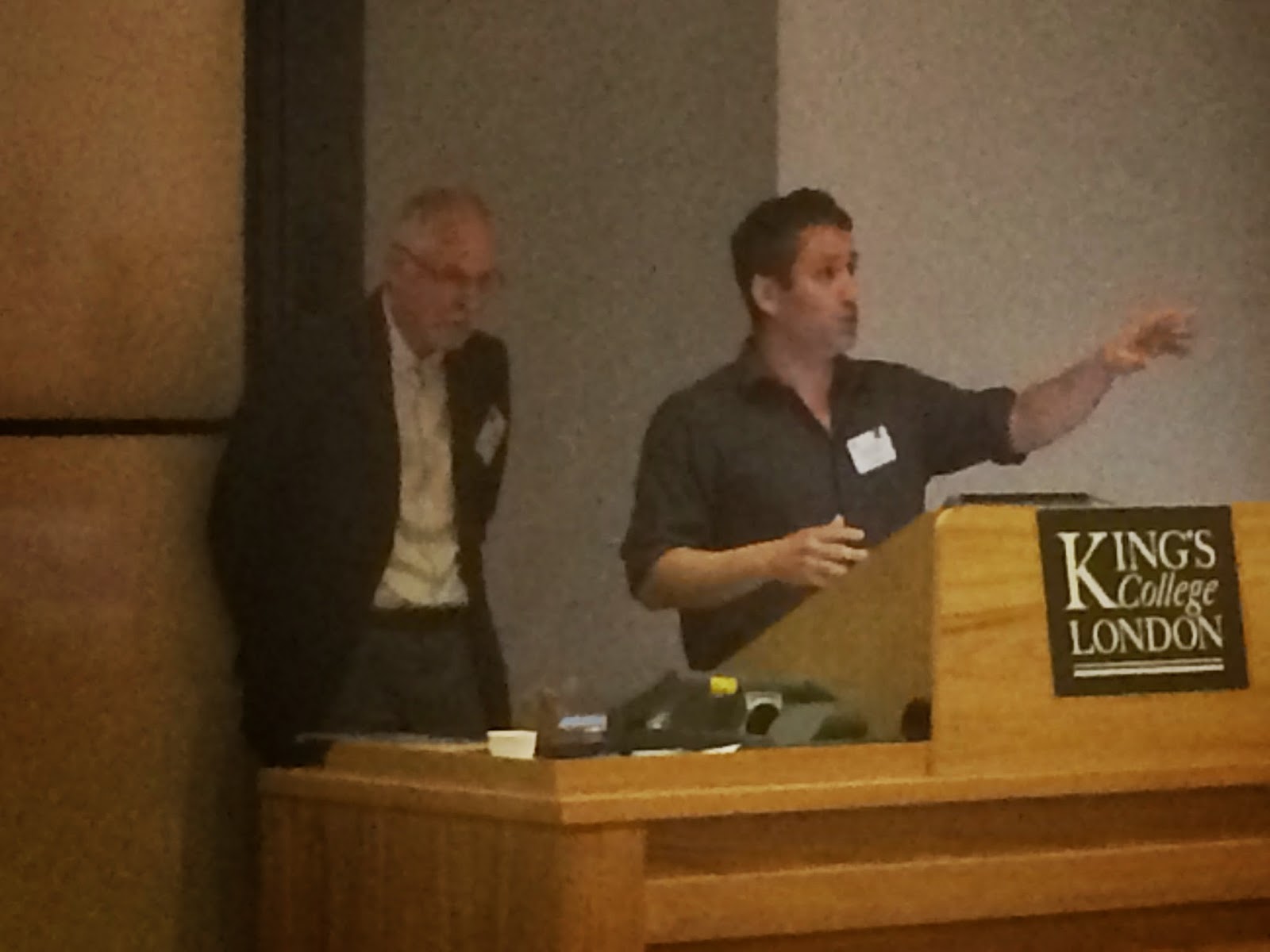 Jesus”, in which first Philip Davies and then James Crossley took a more subversive look at the film and argued that it is not quite so benign in its intentions as it is depicted by Burridge and others.  After a coffee break, Helen Bond gave an eloquent and fascinating paper on laughing at crucifixion. 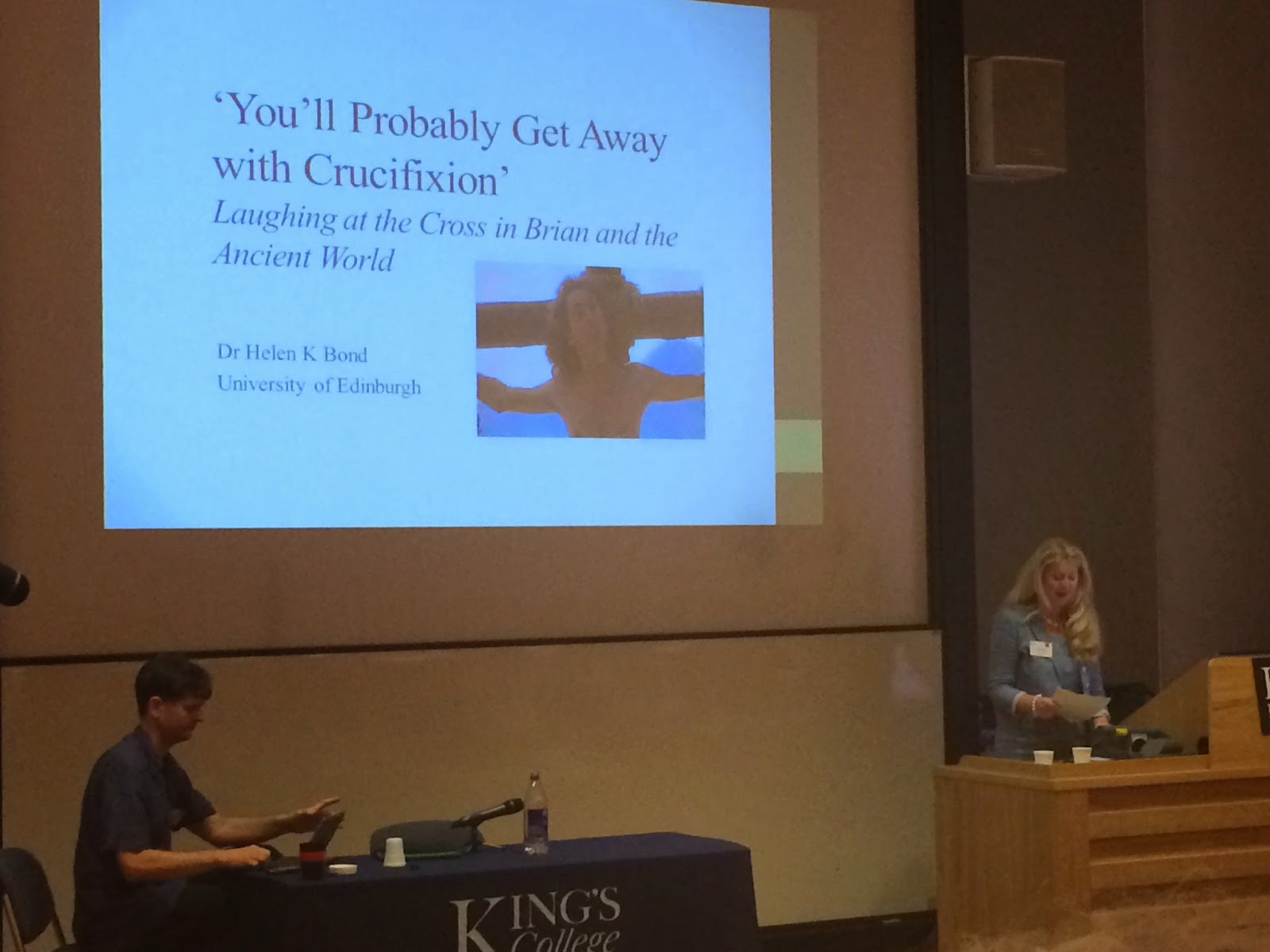 The quality of the papers continued to be high. Guy Stiebel from the Hebrew University of Jerusalem talked about “Romanti Ite Domum: Identity and Expressions of Resistance in Judaea”, with fine use of Powerpoint, including one picture of some kind of ancient phallus, which caused lots of sniggers (and some remarks about “bigus dickus”). 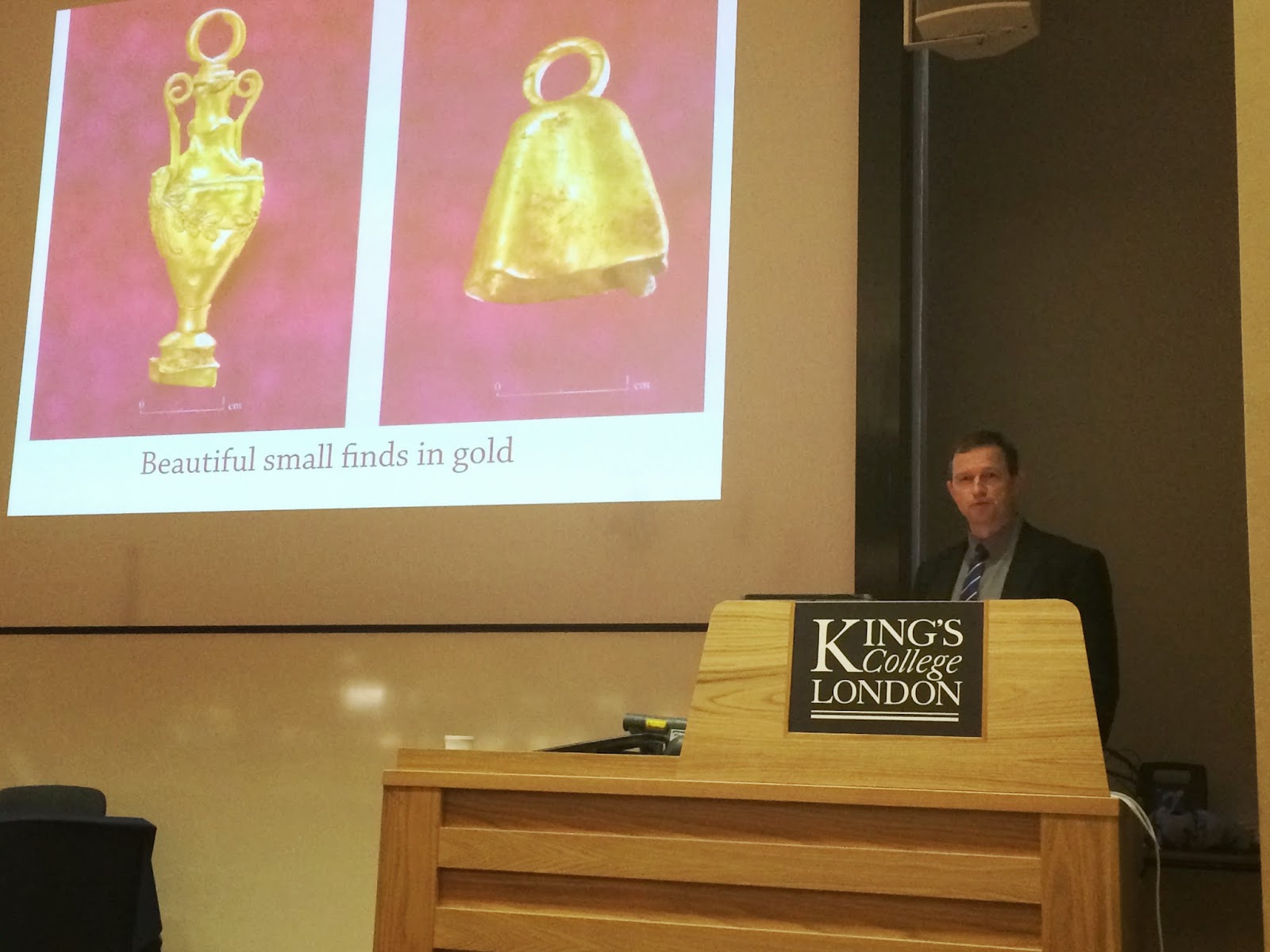 Last night I blogged about my hunger after the canape reception, but today I was forced eat my words after we were treated to a delicious sandwich lunch, and I was even invited into the speakers’ room where I got to hang out with the swells.  I do miss nice British sandwiches, so it was a treat, and I sneaked one last one in to enjoy with the first afternoon paper, Steve Mason on “What have the Romans ever done for us?”, a really fascinating study of first century politics and relations between Judaea and Rome, with superb use of Powerpoint (and it’s not often that you can say that). 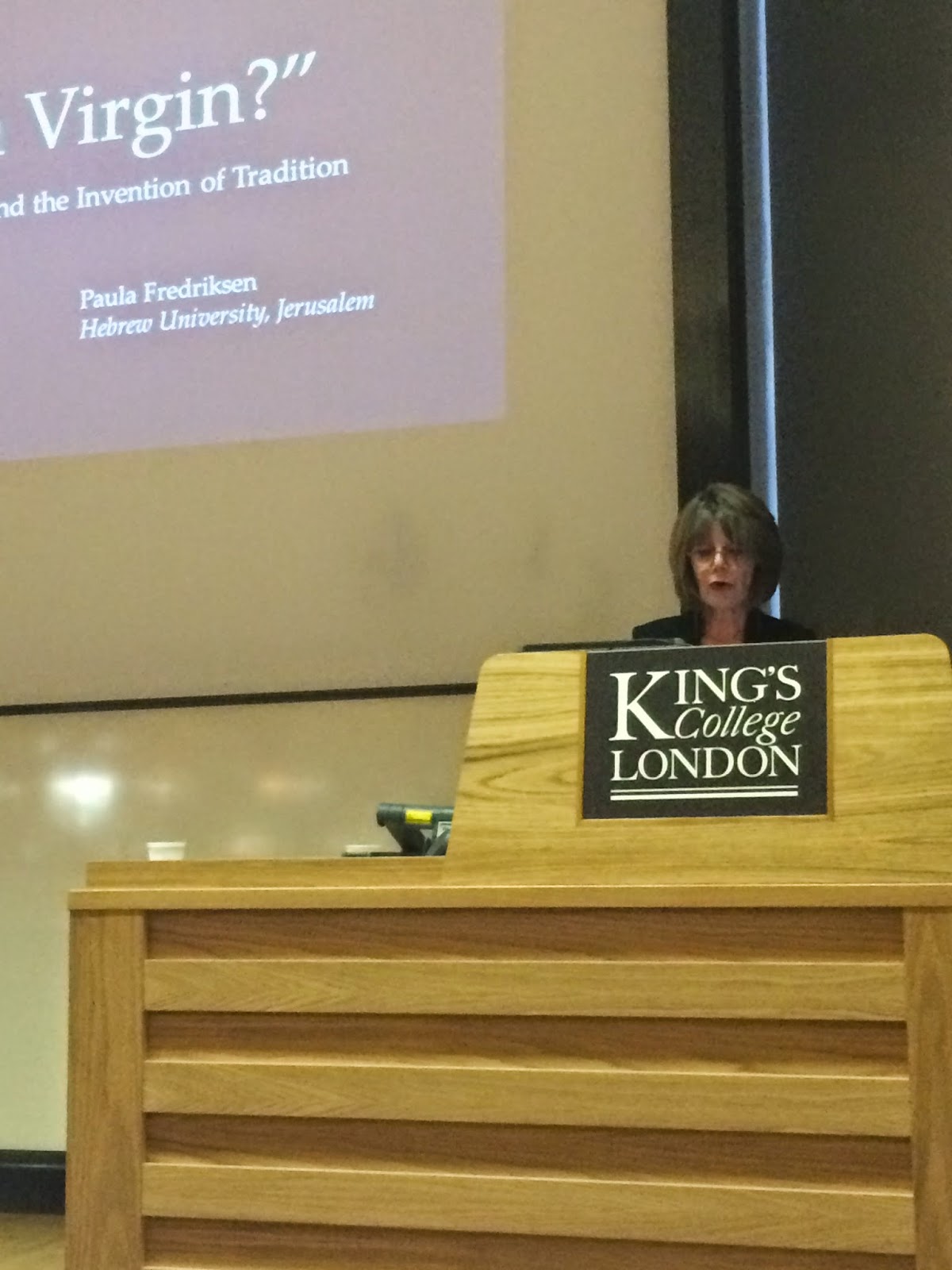 After Steve Mason came one of my favourite scholars, Paula Fredriksen. I must admit that I still feel a little starstruck whenever  I talk to her.  Her paper was called “Are you a virgin? Biblical Exegesis and the Invention of Tradition” and the best use of clips from the film — each short clip was followed by some reflections on the Biblical text.

The last session of the day kicked off with a fascinating piece by David Shepherd, who explored another Biblical parody, Wholly Moses, starring Dudley Moore, which was something of a critical and commercial failure.  Shepherd showed several clips and explored the difficulties with the film.  The second of his clips, in which Dudley Moore as Hershel “does God” after having come down from the mountain I found hysterically funny, so much so that when my head fell backwards I knocked someone’s bag off their desk. The last paper of the day was given by Aaron Rosen, who talked about “Sonofagod: Images of Jesus in Contemporary Art”.

There was just enough time in between the end of the formal programme and the conference banquet for a swift pint in a German style bierkeller with big screens showing the World Cup, and we just caught Argentina beating Iran 1-0 in the closing minutes.

The conference dinner took place in the Inner Temple Hall, and was hosted by Robin Griffith-Jones.  Earlier in the day, Richard Burridge had mentioned that he would try to get a chance to introduce me to John Cleese, and I was delighted that he did so.  Here, for posterity is the pic.: 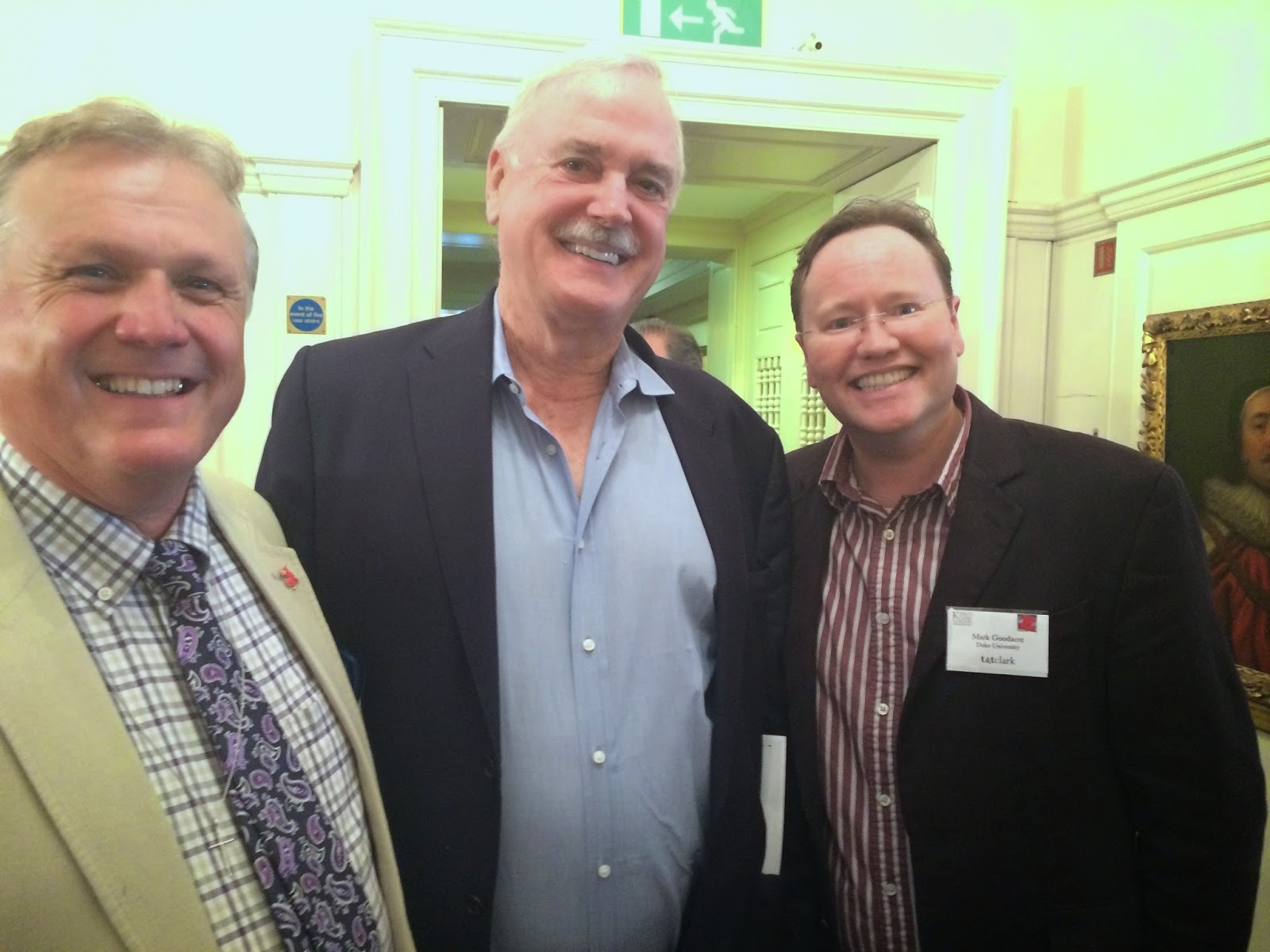 Joan Taylor kindly took the picture.  I was delighted to get the chance to chat to Cleese, who was utterly delightful.  At the dinner itself, the top brass sat on high table with Cleese, with Fredriksen to his left, Griffith-Jones to his right, and Bart Ehrman opposite.The food was excellent and the wine flowed pretty freely.  Afterwards, Cleese gave a short speech and then invited attendees to ask him questions about the film, with Michelle going around with the mic.  Cleese dealt graciously and amusingly with each of the questions and I could have listened to him all evening.  A really marvellous occasion.

Sadly, this wrapped up my attendance at a wonderful conference.  I had a conference in Roskilde, Denmark, to get to, on Luke’s Rewritten Bible (on which, more anon), so I jumped on the tube to Victoria and the train to Gatwick, in time to grab a couple of hours’ sleep before my early morning flight.

The conference did continue today (Sunday) with several great speakers including A-J Levine, Adele Reinhartz and Bart Ehrman.  I would also really have liked to hear Richard Burridge’s talk about the Malcolm Muggeridge and Bishop Stockwood programme.  Perhaps I’ll be able to catch up via the conference video.  As far as I could tell the whole thing was being video-ed. 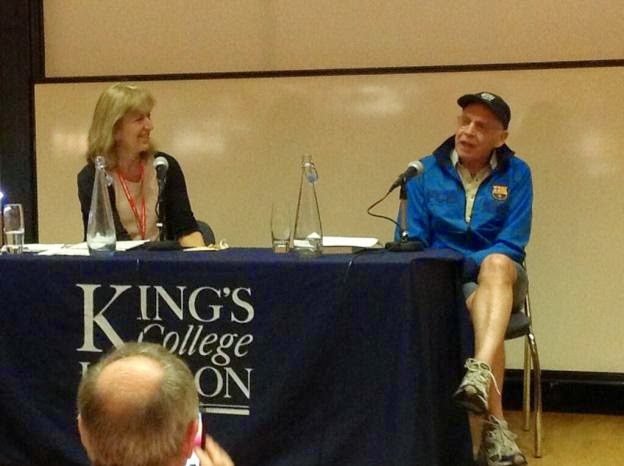 It’s appropriate to conclude with a picture of Joan Taylor, who did so much hard work to make this conference a success.  It was a brilliant idea for a conference, superbly organized, with tons of amazing papers from top people.  And, of course, John Cleese.

Did I mention that I met John Cleese?