Two years ago and then last year I was scheduled to do give lectures on a tour in Italy, starting in Rome and going to Naples, Pompeii (!), and Sorrento.  I was eager to do it — great places!   But alas, it was cancelled both times.   BUT, it’s back on, as I’ve announced.  AND there is still some room for travelers.  Interested?  My topic is the relationship of Christianity and traditional Roman religions and cultures in the early centuries CE:  “Christians and Pagans.”

When Christianity arrived on the world stage in the first century AD, Rome and the Empire it founded were predominantly “pagan” – filled with a large number of polytheistic religions worshiping the Greek and Roman Gods. On this tour, we will examine how the Christian faith first came to the Italian peninsula, and especially Rome, the city destined to be the epicenter of Christianity. In particular, we will explore the clash of religions and cultures: between the pagan cults of Rome and the Christian church that was to become the official religion of the empire for centuries to come. 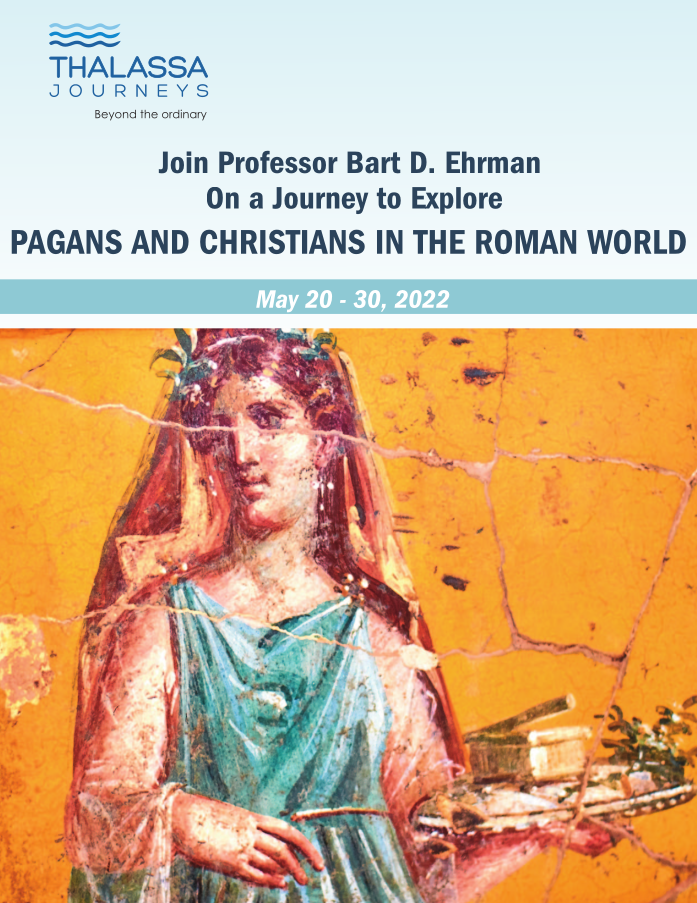