Would I Be Personally Upset if the Mythicists Were Right (That Jesus Never Existed)?

Ever since I wrote my book Did Jesus Exist (where I argue that, well, yeah–whatever else you say about him, however much legend you think is in the Gospels, there certainly was a historical figure, Jesus), I have had people ask me if I have an axe to grind on this one or if it would be personally painful or professional ruinous to admit that the “mythicists” — those who claim that Jesus is a *complete* myth (never existed) were right.

I don’t address this in the book, and I think it is a terrific question! The reason I do is this. I think every historian of religion who makes a case for one thing or another needs to be queried: what is at stake for you in the matter?

I’m not saying that all Christians think Jesus’ resurrection is susceptible of historical proof.  There are obviously plenty of Christians, especially those who know anything about how history works, who are quite happy to say that No, the resurrection cannot be proved.  It is a matter of faith.   What I am saying is that they only ones who think that the resurrection can be proved are  people who already believe in it.  And they believed in it long before they started thinking about it historically.  When they did start thinking about it historically – lo and behold, history proved what they already believed!!

In my view this is not history.  It is theology.   These people are trying to use history to support their theological beliefs.  And that’s not an appropriate use of history.

So too, on the opposite end of the spectrum, the mythicists.   They – to a person, so far as I know – are atheists (or strong agnostics) who think Christianity is wrongheaded.  They thought that well before they started looking into the historical Jesus.  And when they did

look into the historical Jesus (will wonders never cease??), they found that Jesus was a myth, so that the religion they rejected and thought was dangerous turned out to be nothing but a fairy tale.  Again, their historical views have not been arrived at by a disinterested application of historical criteria to the material.

Making Jesus in Our Own Image

So too in another but related realm.  Albert Schweitzer long ago argued that every generation of scholars portrays Jesus in their own image.  The same is true of individual scholars, who tell you what Jesus was really like and — mirabile dictu — it turns out that Jesus looks a lot like them!   And so, for example, a believer like Ben Witherington who, I suppose from his early days, has believed in Jesus as the miracle-working son of God, portrays Jesus precisely as a miracle-working son of God; a believer like John Dominic Crossan who is deeply invested in issues of justice and who works against oppression (e.g., of woman, minorities, people in developing countries) portrays Jesus as a first-century Jew who was principally interested in working for justice and against oppression.   Some feminist New Testament scholars see in Jesus a proto-feminist; some Marxist New Testament scholars see in Jesus a proto-Marxist.  And so on and on, world without end.

I myself am not a believer in Jesus, and I must say, my portrayal of Jesus does not coincide with the way I would like him to be, in major and fundamental respects.  My view of Jesus is that he was an apocalyptic prophet who expected that God would very soon intervene in the course of history to overthrow the forces of evil in a cataclysmic act of judgment, in order to bring in a miraculous utopian kingdom on earth in which there was no more pain, misery, or suffering.  I think Jesus was completely wrong about this, and this is not my view of the world.  It is not about to end with a cataclysmic break in history to be followed by a utopian existence here on earth.

When I started my serious study of the New Testament, on the other hand, I had a view of  Jesus very much like the one most conservative evangelicals have: Jesus was a miracle-working son of God who came to earth principally to die for sins.   My historical studies eventually changed my views of Jesus.  I think every historian should be willing to change his views based on his study of the evidence.  Scholars who do not change their views – but come out of a study with the same views they brought into it – are highly suspect.

So, What does the Evidence Say?

And so, one might ask, what about the existence of Jesus?  Didn’t I start my study of the historical Jesus thinking he existed, and didn’t I come out of my study with the same view, so isn’t that view suspect? 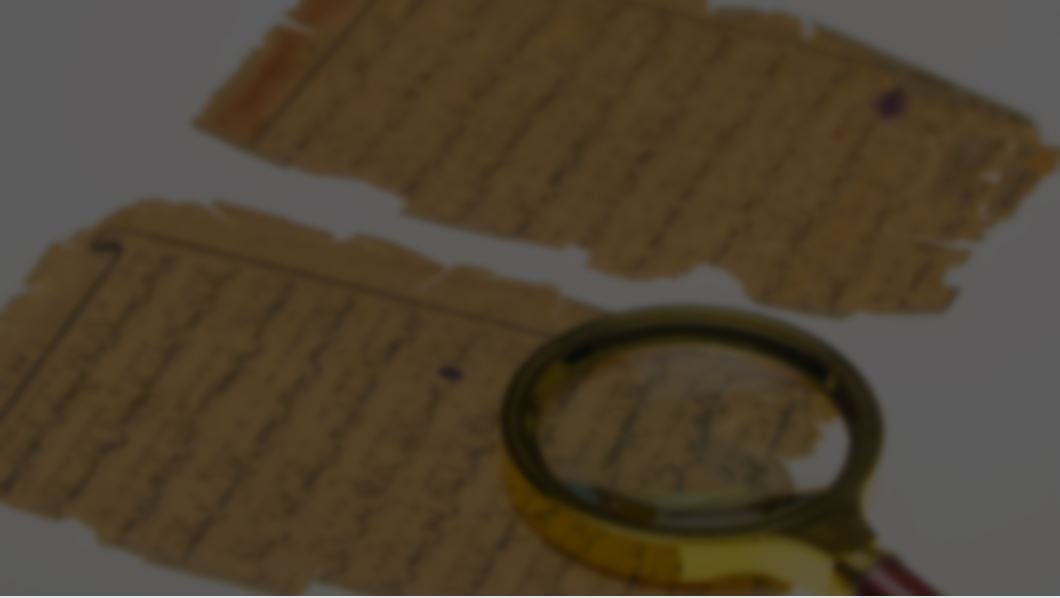 I think that is an entirely appropriate and fair question.  My response is this: I looked at all the evidence I could, as hard as I could.  I examined every surviving source that refers to Jesus in all the relevant ancient languages.  I read what scores and scores of scholars had to say about Jesus.  And on that basis I decided whether I was right or not.  I decided that the vast majority of scholars (all but one or two, out of many thousands) are absolutely right.  Jesus did exist.

Would I be devastated to learn I was wrong?  Absolutely NOT!!!   Quite the contrary – throughout my scholarly career I have changed my views on lots of lots of issues, if the evidence seemed to demand it (I know scholars who have never changed their views on much of anything.  That should give one pause….).   And I simply adapt my personal views according to my historical findings.  Since I am an agnostic who does not believe in Jesus, one could easily argue that a mythicist position would be more attractive to me personally.  I too could then argue, as a scholar, that Jesus did not exist and that people should seriously consider leaving the Christian faith as I myself did.

So why don’t I argue that, if it would be more palatable with my personal view of the world?  Because I’m a historian, and I think evidence really matters, and it matters that we get history right, so far as we can.   If we rewrite history according to our own agendas and in light of our own deeply vested interests, how are we any better than other ideologues  — for example those that made such a mess of the twentieth century, in various parts of the world, with their rewriting of history?  We simply cannot allow ourselves to rewrite history to suit our purposes.

But if based on our historical investigations we come to learn something we did not know before, or come to see something we did not believe before, or find out that our previous views of something were wrong – we need to change what we think!   This applies to believers and non-believers both.  No one should be afraid to go where they think the “truth” (however you define it) is leading them.

Would I be traumatized if the mythicists were right after all?  Not in the least.  I would probably feel energized.   But I can’t allow that expected outcome determine what I find when I engage in the difficult task of coming to understand what happened in the past.