HNN News Story on Jesus Before the Gospels

Below is an article that I published for the History News Network, based on my recent book Jesus Before the Gospels.  Enjoy!!

Are the Stories in the Bible About the Last Days
and Hours of Jesus True?

The season of Lent has come upon us, the time when Christians focus their devotional attention on the last days and hours of Jesus. Even though we devote more social (and media) space to Jesus’ birth, historically the Christian church has paid far more attention to his death. That is certainly the case with the New Testament itself. The Gospel of John, the perennial favorite of believers, after spending eleven chapters on the three years of Jesus’ public ministry, devotes fully ten chapters to his final week and its aftermath. It says not a word about his birth.

The stories of Jesus’ last days – his Triumphal entry into Jerusalem, his cleansing of the temple, his last supper, his betrayal by Judas Iscariot, his arrest and trial before Pontius Pilate, his crucifixion – lie at the center of the Christian Gospels and play a central role in Christian faith and worship. For centuries they have enlivened communities and inspired individuals. Believers have looked upon them as core narratives of their faith. For Christians they have always been theologically true. 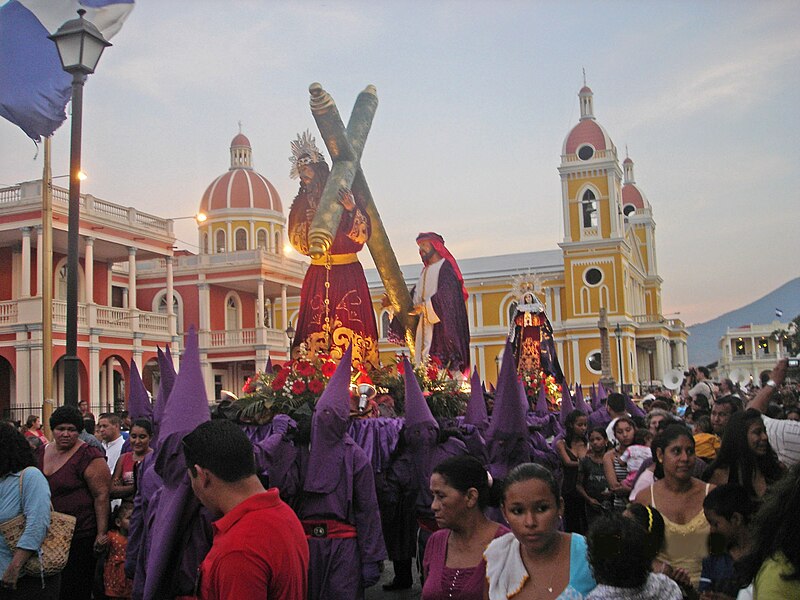 Does it also matter if these memories of events from 2000 years ago are historically accurate? That we are remembering them as they actually happened? Is it possible that, on the contrary, our memories have been shaped, and even transformed, by our personal beliefs, concerns, and interests? And that it has always been that way—that the events of Jesus’ death are as much in our heads as in the past?

For over a century biblical scholars have been obsessed with this question. Widely challenged today is the age-old view that the Gospels are accurate reports written by disciples of Jesus (Matthew and John) or companions of the apostles (Mark, the secretary for Peter; Luke, the traveling companion of Paul). For one thing: whatever else one might say about the Gospels, they were written by unusually well-educated authors from outside of Palestine who composed their works in relatively high-level Greek. Jesus’ own followers were illiterate Aramaic-speaking peasants from rural Galilee.

How then did the later Gospel writers acquire their materials? How did they know about the Triumphal Entry, the cleansing of the Temple, the betrayal of Judas Iscariot, the trial before Pilate, and the rest? The scholarly answer: they knew these stories the way virtually all ancient Christians knew them. Someone told them.

Before our Gospel writers composed their accounts, the stories about Jesus were passed along by word of mouth not just for days and months, but for years and decades. What happens to stories that are told from one person to the next, and then to the next, for forty years? Does a person who hears a story remember it accurately, down to its minute details, and retell it exactly in the same way? Do stories ever remain intact? If not in our times, what about back then? Was it different in ancient oral cultures? Did people in those days have better memories? Would the existence of eyewitnesses (somewhere in the world) have guaranteed that the stories remained the same? Would the authors of the Gospels have done their homework to make sure that the stories they told were historically accurate? We now have better answers to these questions.

In recent years scholars of the New Testament have come to realize that there are other fields of study that can contribute to our understanding of the stories of Jesus’ death – as well as of his life – as they circulated by word of mouth in the decades prior to the writing of the Gospels. Psychologists have intensely studied human memory and have written a massive literature on how we remember, forget, and invent memories – all the time. Sociologists have explored how the social groups we belong to collectively shape, alter, and even create our memories. Anthropologists have examined predominantly oral cultures to see how they pass along their cherished traditions with limited (or no) access to written materials.

Among other things, these studies have shown that – contrary to what we may unreflectively think – eyewitnesses are notoriously unreliable, whether describing a crime scene, a spectacular event, or a casual encounter. Were the Gospel reports based on eyewitness reports? It’s an open question. If they were, would that in itself make them reliable?

Studies have also shown how frail individual memory is – both memories of our own personal experiences and recollections of experiences told to us by others. We often forget, reshape, and transform our memories. Even more striking, we regularly create memories of things that did not occur at all. It happens all the time.

Moreover, our social interactions – with our families, friends, or religious communities – not only affect what we remember as a group, sometimes they lead us to remember the past differently from how it happened, or even to recall things that did not happen at all. This is normal human behavior.

Finally, even though many of us have been told that oral cultures preserve their traditions accurately — since they obviously have no written records to appeal to – this, as it turns out, is simply not true. In oral cultures, traditions are supposed to change with each and every retelling, depending on the story-tellers’ audience, their context, and their reasons for telling the stories in the first place.

These findings have deep and profound implications for our understanding of the Gospel stories of Jesus’ life and, especially, his death. The accounts we read in the Gospels are based on oral traditions, some of them going back to the time of Jesus. But these traditions had been in circulation by word of mouth from one person to the next year after year after year – for decades. All of the persons telling, remembering, and retelling the stories had faulty memories (since we all do). And living in oral cultures, they felt at ease changing their stories at each retelling, as the situation required.

Eventually, after 40-60 years, the stories were written down. That’s what we read to day. These stories may indeed serve as foundational memories for faithful Christians committed to understanding the importance of Jesus. But they were also subject to the same processes of memory that have affected every other oral tradition that has circulated, from time immemorial, among interested listeners and speakers. The fascinating and disturbing thing about memories–all of our memories–is that is that they are malleable, as much then as now.

I am not saying that history is merely the great spoiler of all religious celebrations. These celebrations are based on stories that Christians have always found powerful and inspiring. But we need to remember that in one respect ancient people were very much like people today. It was not the historical accuracy of these stories that made them meaningful; it was the living memories of them that mattered, memories that powered the imagination and inspired action – even if the memories were uncertain. Just as was true of early Christian story-tellers, hearers of the stories today shape and transform them. What matters is not simply whether the memories are true historically, but also whether they bring meaning to life.

If you belonged to the blog, you would get posts 5-6 times a week on all sorts of things you’re interested in.  JOIN!!  It doesn’t cost much, and every dime goes to charity!!!